Rep. Donna M.C. Baringer, a Democrat, represents the city of St. Louis (District 82) in the Missouri House of Representatives. She was elected to her first two-year term in November 2016. Prior to this, she served 14 years as a City of St. Louis Alderman.

During her first term in office, Rep. Baringer has worked diligently to advance compassionate, common sense legislation that would expand access to Cannabidiol (CBD) oil for individuals with serious medical conditions such as cancer, Multiple Sclerosis, Parkinson’s, HIV/AIDS, ALS, and Post-Traumatic Stress Disorder. As one of the few legislators to have legislation passed both years of their first term, she has passed legislation to expand the Donated Food Tax Credit to include donations to local soup kitchens or homeless shelters and legislation that requires temporary license permits to be returned to the Department of Revenue upon the issue of permanent registration plates.

Rep. Baringer has not only implemented changes through the legislative process, she has also worked directly with the Missouri Department of Conservation (MDC) to carry out a new program that allows Missourians to register as organ donors on the MDC website while purchasing a fishing or hunting license. Rep. Baringer’s efforts have increased the accessibility of potentially life-saving organ donations for Missourians everywhere.

Before becoming a State Representative, Rep. Baringer was able to pass legislation as the 16th Ward Alderman for the City of St. Louis. She continues to receive national recognition for her scrap metal ordinance, which ultimately saved the City of St. Louis two million dollars the first year it was in effect. Other city wide legislation successfully passed: limiting minor’s access to graffiti tools, preventing pedophiles from running a child based business and restrictions on gold buyers when melting metals. In the 16th ward she has brought economic development, successfully addressed speeding, upgraded problem properties, reduced crime, and continuously promotes sustainable initiatives. As the Chair of Legislation, she reformed city government by passing a comprehensive personal financial disclosure law, requiring all city elected officials to release expenditure reports.

Rep. Baringer is also the Executive Director and President of Lemay Development Corporation (LDC). This organization’s primary responsibility is to implement programs that facilitate the economic growth and development of the unincorporated area of St. Louis County known as Lemay.  LDC strives to enhance the economic environment and quality of life for all who live and work within the community.

As the Director of Institutional Advancement for United 4 Children, one of her responsibilities was advocating on behalf of early childhood education at the state level.  She served on the Missouri Children’s Leadership Council, Regional Early Childhood Council, and was a chair of the Blue Ribbon event to bring awareness to abused and neglected children for the St. Louis Family and Community Partnership. When Donna was the Director of Institutional Advancement for St. Cecilia’s, she was responsible for marketing, public relations, strategic planning and development for the church, school and academy. While in this position she served on the education committee of the Hispanic Chamber of Commerce with whom she maintains contacts to this day.

Being a skilled multi-tasker, Donna was an adjunct professor of Communications as well as the Executive Director of the Magdalen Community Improvement Corporation. By obtaining federal appropriations, as well as state and local grants she was the leading catalyst in the upgrading of the commercial district. As a board member in 2000 of the Southside Bosnians Services Collaborative she assisted with the assimilation of the Bosnian immigrant population to the city of St. Louis.

Rep. Baringer spent her grade school years in Jefferson City. She attended high school in West St. Louis County and moved to the city of St. Louis as an adult, where she currently resides with her husband and two sons. 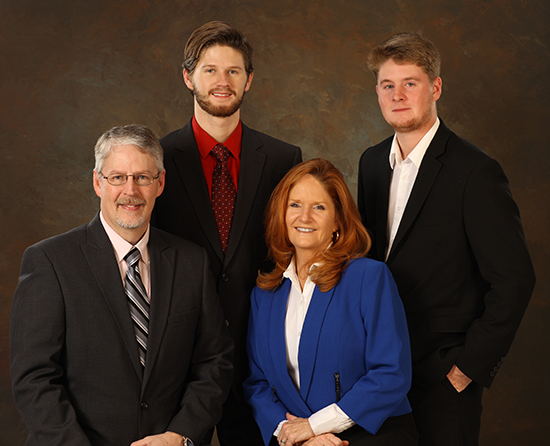